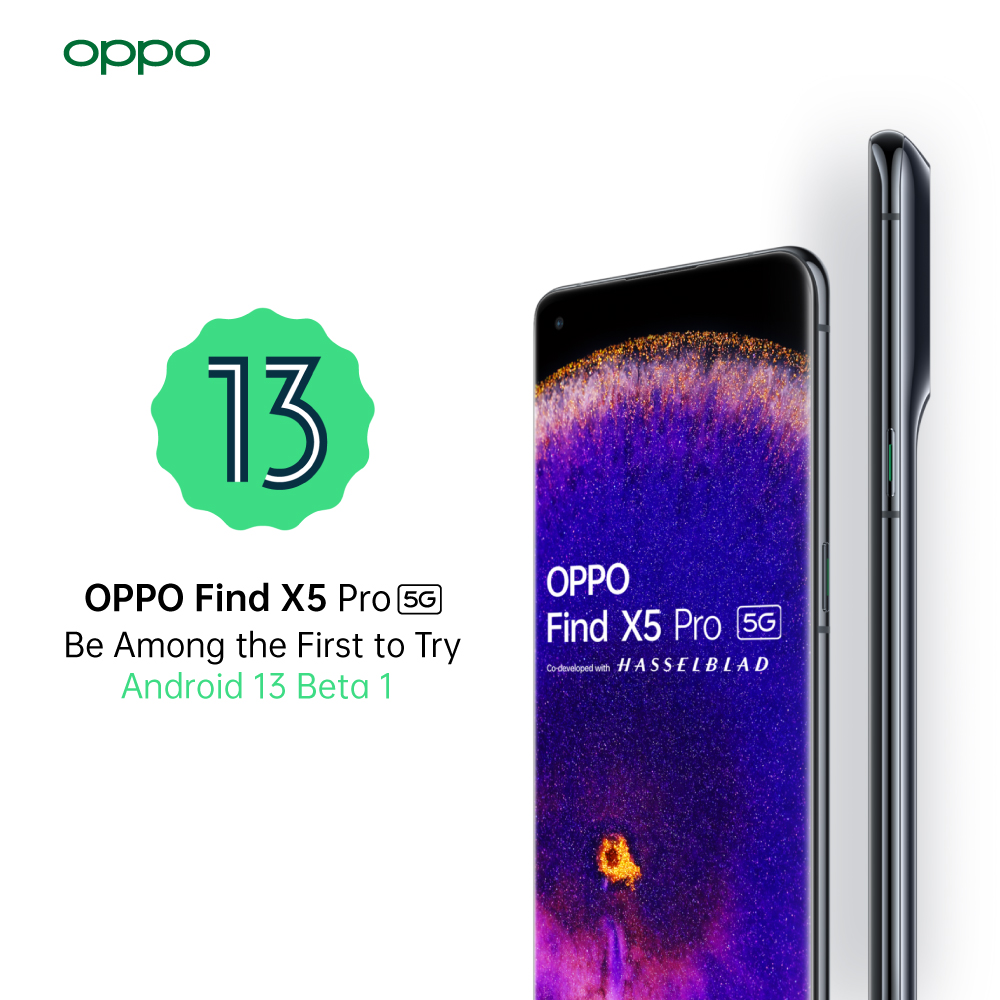 OPPO has made an announcement recently about its latest flagship phone Find X5 Pro. This phone will be the first phone to have the new Google Android 13 Beta 1 update. The developers were provided with the ColorOS preview which is based on the Android 13 Beta 1. This was done so that the developers could work on the new features and changes.

“OPPO has been cooperating closely with Google for a long time, during which we’ve kept working together to deliver the best possible operating experience through our ColorOS which is based on each version of Google’s Android operating systems,” said Andy Wu, OPPO Vice President and President of Find Product Line.

“This time, with the new Android 13, we believe that the performance of our excellent devices, such as the flagship Find X5 Pro, will be fully unleashed to developers and users.”

Android 13 is all about focusing more on the security and privacy of the users. The new APIs were provided which allowed the developers for building better apps than before. A series of updates were provided which include many privacy features i.e., a new notification permission photo picker, APIs like themed app icons, quick settings tile placement, and per-app language support, as well as capabilities like MIDI 2.0 and Bluetooth LE audio over USB. Beta 1 includes new permissions for more discrete access to media files, enhanced audio routing APIs, and other improvements.

Developers can also download and test the ColorOS developer version based on Android 13 Beta 1 here. Furthermore, Find X5 Pro users are expected to be among the first to experience the new public version of ColorOS based on Android 13 in the near future.